What is the scope of action for a label in the current context where music, is dematerialised but still reified, constantly losing its commercial and aesthetic value in the “mesh of the web”? Pierre Beloüin, Optical Sound’s label-manager, answers to this question, and some others. The label is a structure that goes beyond the framework of music publishing to claim other artistic territories, as its subtitle indicates: records & fine arts.

My initial motivation for creating Optical Sound was to extend what I had already been doing, just like any other music lover, as a teenager, in the form of compilation cassettes: a way of giving a sonic point of view, but this time in a more professional manner, by producing groups, with a real distribution, visual identity and editorial line.
On the other hand, of course, I had in mind great labels that are still models for me, like Touch, 4AD, Mute, Mille Plateaux, Mego, L’invitation au Suicide, Sordide Sentimental, Giorno Poetry System, V.I.S.A, Bondage, Some Bizarre, Factory…  and I’ve left out some of the best!
Another essential motivation was also to link my work as an artist to my passion for music, starting with the first edition of Optical Sound which was created for individual listening (see: OS.000 Programme Radio), but also with one of my installations which was initially presented for my diploma at the Beaux-Arts de Paris and was called Optical Sound.

As far as I am concerned, music has always been intimately linked to visual arts, and I can continue to quote, in a very basic way, Mike Kelley and Sonic Youth, the Velvet Underground and Warhol; there are so many examples… Transversality wasn’t invented in the 1990’s.
These two areas, and many others, have always informed my research, in both directions. It forms a whole with all the cultural domains that drive me; it seems to me essential to have a certain coherence and a line of conduct.
Optical Sound is not a label for just electronic, experimental, alternative, cold wave, rock, dark dub, exotica, concrete or acousmatic music, but rather all of them at the same time, otherwise, what good would it be…
However, Optical Sound is above all a sprawling structure which, as well as physical releases in the form of sound objects, also organises exhibitions, concerts, books and journals, screen prints, DVD’s, iPad applications, performative listening devices, sound architecture, funerary audits, etc.

At the same time Optical Sound has a conservation function with archives (RGB~Transfer, etc.), trace archives (Légion Cérébrale, live act for 23 headphones)… For the RGB~Transfer or Echo Location, it was about paying tribute to my peers, (forefathers) not in a purely nostalgic form, but with a contemporary pendant of auto-reinterpretations for Echo Location: what happens in artists’ creative processes between their early works and their most recent ones? What view do they hold of their own work twenty years on?
For the more than three hours long DVD of RGB~Transfer archives, it was about showing exactly that, despite the lack of broadcasting and audiovisual facilities at that time (1979-1991) a burgeoning and creative French scene was very much present. Paradoxically, one can see that even with all the current available tools, there is a certain creative poverty now…
Concerning the relics and archives of  live shows ( such as the Légion Cérébrale concert for my own exhibition at the FRAC PACA, for example), they are part of the Optical Sound editorial line. I’m not just producing artists’ works, but I also collaborate with them regularly in the creation of tracks for my own work. These productions are autonomous extensions of my exhibition projects, which still exist in a physical form as catalogues, long after the dates of the exhibitions or residencies (see Special Kit produced following my residency in Canada and then at the Villa Arson).

It is often said that Optical Sound only produces visual things because it’s a reference to  cinema. Perhaps but not only: the choice of the name was above all a way of bringing to light all the mental images that are generated by listening to a sound piece.
I hate labelling and constraints: everything pushes people into clearly identifiable boxes, even in artistic fields, when all it takes is to study a content to understand how it works; but what is cruelly missing today is the time to listen, to look, and a return to desire…
The artists produced by Optical Sound are multifaceted – video artists but also musicians, etc. Yet, for a moving visual form, I would rather opt for a return to one-off screenings as part of concerts performed in unusual places, like I have already done so during the Ososphere festival, for example, or will soon do it again with the Fimé in the PACA region. 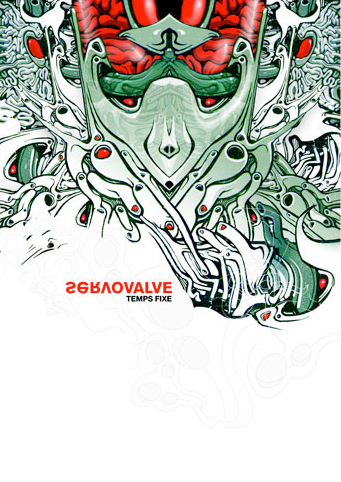