Silicon Money and the Commons

The value of virtual transactions rose from $819 billion in 2001 to a quadrillion dollars today. This exponential growth can be compared to the success of bitcoin. A good example of the potential of social cooperation which generates money from the Commons and integrate the power of finance in its ability to mobilize, distribute and multiply wealth to upgrade the quality of life and the power of social intelligence. 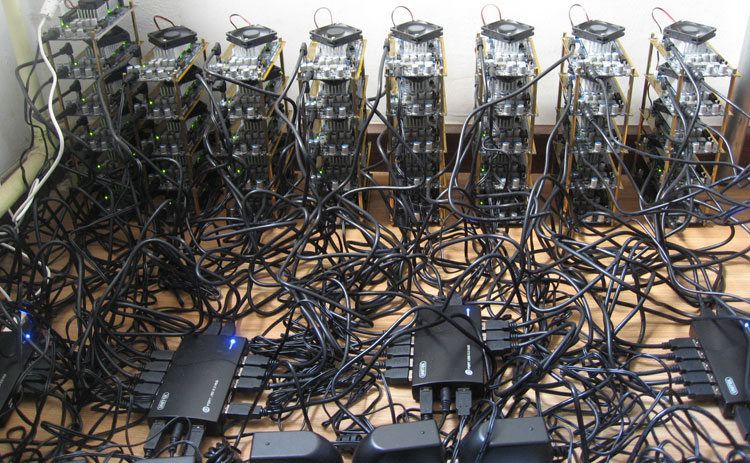 Since money lost its referent in gold, the store of value, and found its new moorings in silicon, the second most common element on earth, it has multiplied exponentially. This shift from gold to silicon, of course, does not involve two equivalent substances. Gold used to be stored in fortressed vaults to guarantee the value of currency. Silicon is worked to make the substrate which enables the construction of increasingly faster, ubiquitous and connected logical machines. While gold strove to make the value of money stable (with disastrous consequences when it became too much and hence less valuable), silicon allows for its indefinite multiplication.

The exponential growth of monetisation

In her overview of the operation of contemporary finance delivered at the Money Lab Conference in Amsterdam in 2014, Saskia Sassen described finance as a ‘capability‘ and the ‘steam engine of our epoch, its power’. As she recounted, the value of silicon-based, virtual transactions between 2001 and 2014 has gone from 819 billions in 2001 to 62.2 trillion in 2008 and now to a quadrillion dollars. An accelerated and multidirectional transactivity enabled by digital technologies thus accounts for the exponential growth of monetisation.

A material asset like a ‘little house’ is turned into an asset-backed security and incorporated into financial instruments whose complexities can only be managed through the math of physicists. As a capability, finance creates a virtual mode of money, that does not simply reflect the value of the underlining asset, but the calculations, opinions and judgments of institutions and networks of humans and machines. As in the sovereign debt crises, the risks of these operations fall back on the owners of the material asset (homeowners, ordinary citizens), as the number of foreclosures and expulsions, but also cuts and privatisation of public and social services have also steeply risen.

The accumulation of value and power that finance has generated is thus at the moment a power waged against society–like an army which uses debt as a bridge to conquer a territory. The short brutal history of the exponential rise of silicon-based money in the first decades of the 21st century, she concluded, sees the predatory powers of finance employed in a new bout of very material land grabbing (both urban and rural, both the city centres of the global cities and land in Africa) which is going to change the DNA of society as such.

For post-workerist Marxists and other contemporary critics of the economy, the emergence of finance also indicates capitalism’s answer to the entrance of a new heterogeneous composition of living labor into production. Capitalism does not accumulate surplus value simply by underpaying labor, but it draws value from the whole of society–from ordinary social activities such as talking, commenting, liking, listening, reading, expressing an opinion, cooking, making music or art, wearing fashion, taking photos, recording videos, walking, partying etc. 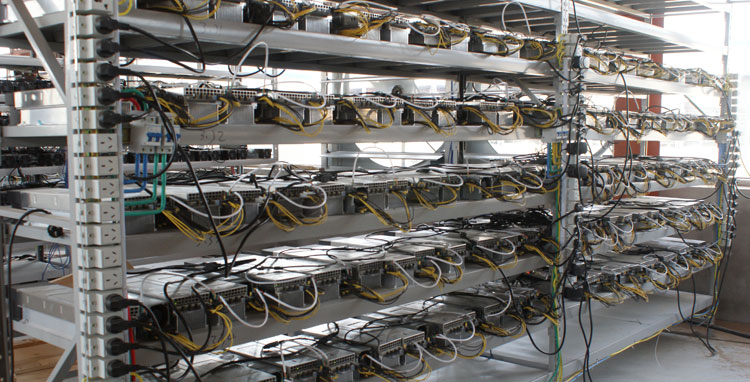 Rather than reducing virtual money to a simulation which refers only to the imitative processes of the stock market, post-workerist authors believe that it expresses the mode of capture of a new quality of something that we might not even define as work any more, but as a kind of bare activity: whether it is described as the communicative and linguistic powers of labor (Paolo Virno, Antonio Negri, Christian Marazzi) or the pre-cognitive and pre-linguistic powers of the virtual subjective force of memory (Maurizio Lazzarato, Brian Massumi), this is a power that does not exhaust itself in its material products, but which first of all produces new modes of existence and figures of the self.

The value of the little house transformed into an asset-backed security is thus to be indexed not primarily to the material substance of the house, but to the emotional, intellectual and affective labor that architects, builders and owners put into it; to the beauty of its surrounding urban architecture including its parks, hospitals, museums, schools and university; to the density and liveliness of its social life, its cafès, restaurants and markets; and to the aesthetic qualities of its cultural forms, that is its music, its food, its art, its fashion. The activity which created the value of the little house works with the ecological limits of the finite or scarce nature of material resources, but it is powered by the expansive drive of the desire for social life. It meets the scarcity and limits of nature with new ways of doing things, new ways of enjoying and caring for the world and for others, and new ways of voluntarily acting in common.

As Maurizio Lazzarato put it, social cooperation is not about the distribution of scarce resources but about the continuous re-invention and re-enchantment of the world. It does not proceed through the harmonization of an invisible hand, but through the interplay of sympathies and antipathies, likes and dislikes, mutual or asymmetrical captures modulating the incessant circulation of the pre-individual currents of affects, beliefs and desires that underlie social life.

The fall of the marginal cost of everything

Unlike what Jeremy Rifkin thinks, capital, on the other hand, is not a complex system bound to rationally accept its own demise by virtue of the fall of the marginal cost of everything. As a social relation based in domination, its answer to the falling rate of profit is to reinject scarcity and control there where there is potential abundance and freedom. It destroys by means of war, bubbles and cuts to essential services, the wealth that it has generated so that it can start again its cycle of accumulation somewhere else. Most of us must work and accept the price that the market thinks our capacities, our skills and our competences (our human capital) are individually worth: as communicative, social and cooperative capacities are as common as silicon, then they are considered to be worth very little overall. 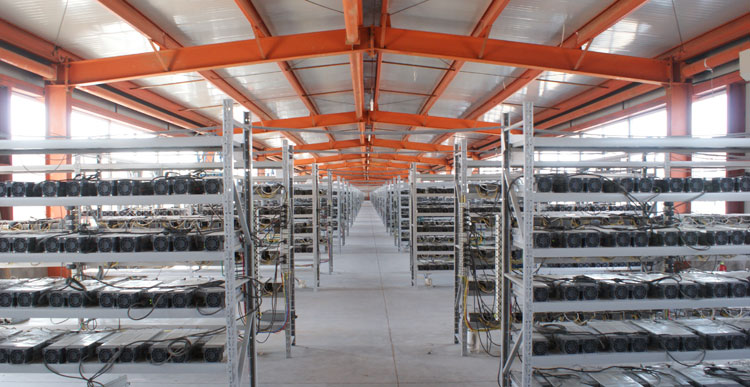 The little money that is commonly used to pay work with is money already captured in advance, it is already allocated: it goes to pay rent, mortgage, bills, food, credit cards, loans, taxes, interests, insurances and whatever the global market thinks you should be able to consume. Wage money is the measure of your powerlessness to connect to the ‘engine of power’ that is to shape the future of society as such–to change its DNA as Sassen put it.

The virtual currency movement has had the merit to show that in current conditions of the hegemony of silicon money, money is something that can be designed. The design of a currency which does not behave like an invading army in relation to social life probably passes through currencies such as bitcoin, but it cannot stop there. There are valuable components of the bitcoin protocol that a money of the commons (Andrea Fumagalli) could usefully adopt (such as the blockchain ledger), but the mechanisms of money creation enacted by the bitcoin protocols seem inadequate to the task.

The invention and success of bitcoins are examples of the powers of social cooperation, but its design does not promote it. A bitcoin is still generated through work, that is the work of mining bitcoins, even as this work is mostly performed by the computational power of logic and silicon-based machines. A bitcoin’s value is still determined by utility, that is its capacity to be spent in order to purchase something and hence satisfy an individual need. The two mechanisms of money-creation produce an eminently hoardable and unstable currency as the work of mining bitcoins gets harder (thus producing scarcity) while at the same time its utility-value is dependent on market pricing and the utility it finds in bitcoin as a store of value or medium of exchange.

A money of the commons should be directly generated by social cooperation, partaking of the powers of finance as a capability to mobilize, distribute and multiply wealth in order to nurture the social common–that is the quality of social life and the powers of social intelligence. It would have its own logic of financing and investment mobilized this time to create new institutions of commonfare (Carlo Vercellone)–networks of institutions composing new democratic, participatory welfare systems concerned with education, research, health, housing and the provision of a basic income. A money of the common should thus be both a goal and a presupposition for an economy where something as common and ordinary as social existence is the source of everything that makes life worth living.

Tiziana Terranova teaches and researches digital and network cultures in Naples, Italy. She’s the author of Network Culture (Pluto Press, 2004) and a member of the free university network Euronomade. 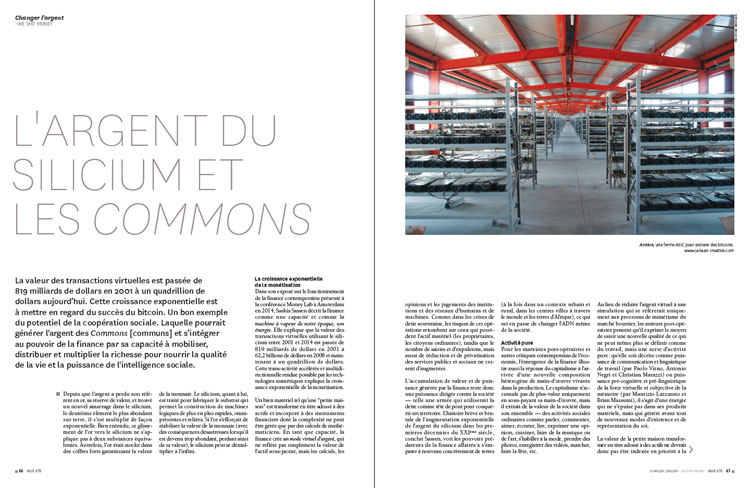