Why I buy into the Cult of Dogecoin

Brett Scott, the author of The Heretic’s Guide to Global Finance: Hacking the Future of Money, explains why he uses Dogecoin, despite some people in the crypto-currency community have written it is a joke, or even a scam. The former broker insists: Dogecoin is the best of all the so-called ‘alt-coins’. 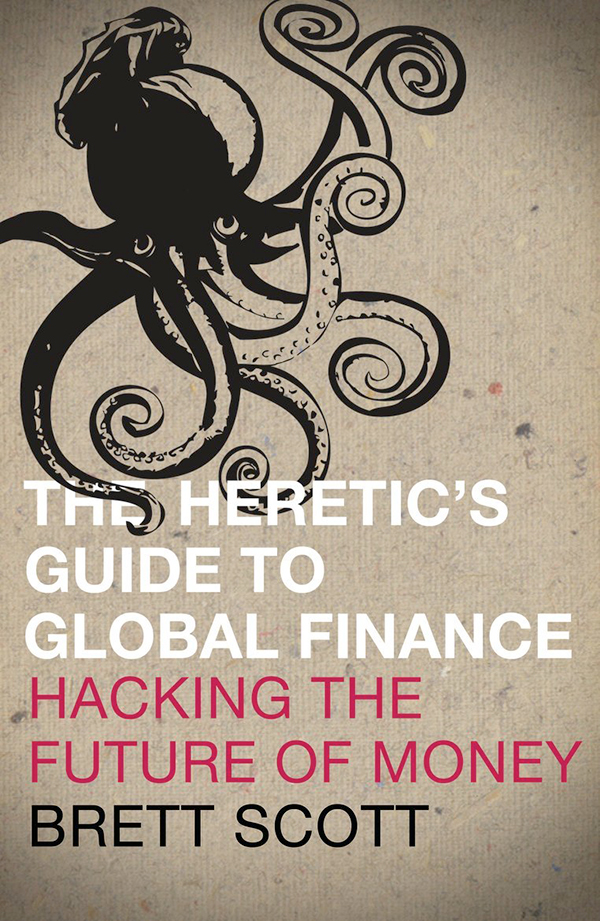 I use Dogecoin because I’m emotionally drawn to the dog. Unlike the distant, fossil-like Queen on the pound banknote, the Shibu Inu is at once transcendent and approachable, self-contained but cuddly, looking into my eyes with a sideways glance, as if it just noticed me and is wondering whether I want to play or be left alone. It’s not an aggressive dog, or for that matter, a bouncy dog trying to lick me. It has self-directed, quirky soul, and it’s almost impossible to imagine this dog being an asshole.

Some people in the crypto-currency community have written Dogecoin off as a joke, or even a scam. Maybe it’s both, but does this matter? All currency in the final analysis is really a scam, and the real question is which of those scams we want to agree to. I for one would rather pledge allegiance to a mystical pooch than to worship the image of a redundant monarch.

Indeed, Dogecoin, to me, is the best of all of the so-called ‘alt-coins’, the alternative crypto-currencies that have emerged as offshoots from the original Bitcoin source-code. Here is why.

Run this question through your brain: Why did people invent pottery? The response from many people is because it must have been useful to store food and water, an answer which chimes well with our prevailing rationalistic world view. The assumption that pottery was explicitly ‘invented’ is problematic though, and furthermore, evidence suggests that pottery was originally used to create abstract religious figurines.

There is a similar problem among many economists who attempt to peddle ahistorical narratives about ‘why people invented money’. Their story normally involves people ‘rationally’ designing money as an alternative to ‘barter’. There is very little immediately rational about exchanging real goods for pieces of paper or shiny bits of metal though. Sure, once the social convention of monetary exchange is set up, it’s useful, but the imagined process in which bakers and butchers ‘invent’ money to deal with the awkwardness of exchanging meat for sourdough loaves is an attempt to reverse-engineer history from the perspective of present dogma.

Money is not an object that can be invented. It is a social convention that has to be culturally constructed. The use of monetary tokens only appears rational once we’re party to a collective agreement (or delusion) to imbue those tokens with value, and that collective agreement needs to be constantly maintained.

In the case of our normal fiat currency, the collective agreement is given strength by the psychological (and real) force of official authorities. Most of our fiat currency is created by commercial banks, but derives much of its ‘reality’ from state endorsement of its legal status.

In the absence of a state championing a currency, you need other factors to induce collective acceptance. For example, a very small community might be able to create and maintain a local currency backed by nothing but the preexisting communal trust network, woven together from mutual friendships, ties of honour and anxiety at facing exclusion from the social group.

To create belief in a non-national currency that is not located in a small community though, is especially hard. Bitcoin provides a fascinating case study of the process. When it first started, bitcoin commanded almost no value. It had one crucial feature though. At its heart was a mysterious, almost immaterial figure called Satoshi Nakomoto, a focal point for a community to rally around.

The mystique of Satoshi was vital, imbuing what was otherwise a clever but cold piece of cryptography with a soul that people could believe in. Satoshi was the holy ghost in the machine, and the act of mining resembled a ritualistic quest to build on the blockchain started by the ghost. It’s through this process that the imagined value of bitcoin came to life, and started taking on a reality.

By contrast, imagine if a well-known person, like Stephen Hawking, invented bitcoin. It would be devoid of all mystery, resembling a science project or a corporate product, rather than an underground movement. The specifics of Stephen’s personality would replace the cryptic symbol that the Satoshi figure once stood for, and what would you have left? A clever piece of cryptography, and a somewhat banal act of using up energy in running computers.

That said, there is something about the pointless nature of randomly churning algorithms through a computer that is psychologically powerful. If you want to imagine that something essentially ephemeral is a useful commodity, it helps if you expend labour in creating it, because labour implies scarcity (you only need to work for things that are scarce), and scarcity implies a potential for an exchange value (if something is abundant there is no need to exchange anything for it).

The computing power (‘labour’) put into the bitcoin network does not create value in itself, but is a further psychological backer to bitcoin tokens’ imagined value. If they weren’t valuable we wouldn’t exert all this labour would we, and because we exert this labour they must be valuable, right? 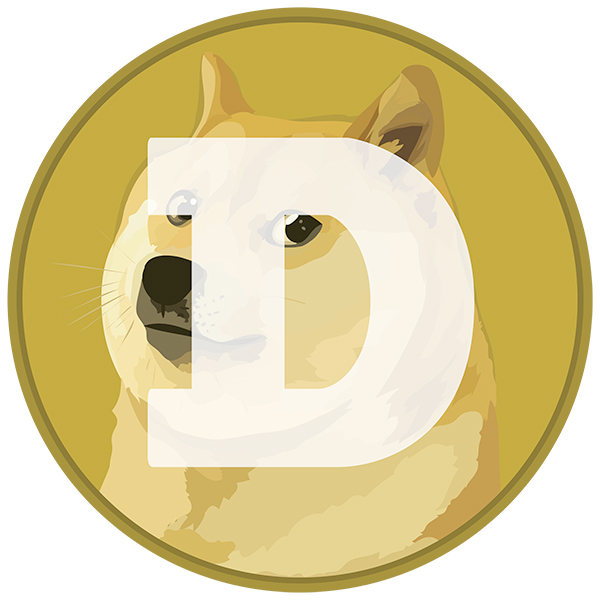 The emergent myth of bitcoin’s rationality

Interestingly, as the ritualistic process of mining has become increasingly competitive, and the commercialisation of bitcoin has steamed ahead, new narratives have formed to explain why bitcoin tokens ‘rationally’ have value.

Chief among these is the idea, touted by the bitcoin foundation itself, that bitcoins have value ‘because they are useful’. It is part of a broader trend among the bitcoin elite to rewrite history and claim, in hindsight, that the value of bitcoin was always self-apparent, and that early adopters were just getting involved due to rational future expectations of increasing societal recognition of bitcoin’s use value as a secure means of exchange.

In this formulation, bitcoin tokens derive their value by being part of a potentially useful system, the value of each bitcoin reflecting the aggregate market assessment of how useful it is to have a secure means of exchange. It’s kind of like arguing that containers on train carriages derive the entirety of their value from the usefulness of the rail network. The implicit narrative is this: Hey, these things are useful as transmitters of value for exchange, so let’s compete over them, and in so doing create their market value, which can now be used for exchange.

Circular no? There may be a glimmer of truth in it, but it’s mostly an attempt to describe the essentially emotional and social process of currency creation with the language of cold individual rationality.

Tin-man currencies ain’t got no heart

This thinking has subsequently influenced the way that a lot of alternative crypto-coins have attempted to market themselves. Rather than embracing their own absurdity, many alt-coins have marketed their efficiency, their security, or their application to some specialist use case, as if the usefulness and competitiveness of the design was the most important aspect of why a person accepts a currency.

The crypto-conference has thus become the realm of ‘serious people’ discussing ‘serious business’, not wishy-washing mysticism and emotion. They appeal to rational functionality, rather than inspiring people to use them. They are techno-fetishistic. A guy with a PowerPoint presentation calmly explains the business case for why his crypto-currency is valuable because it uses a state-of-the-art turbo hashing system, but for fuck’s sake, tell me why I should BELIEVE in it!

It’s true that this strategy has worked to some extent for some alt-coins like lightcoin, quarkcoin and peercoin, which have gained some popularity based on design, but think about this question: Why do you use british pounds or yen? The answer to that is never, because they’re well designed, and neither is it because I rationally see how useful it is for me to have a medium of exchange, and neither is it because I’m intimidated by the state and they force me to use it.

Our answer is mostly just because everyone else seems to use it and I was taught to use it. We are born into currencies just like we are born into languages, and we learn to use them in a social context. If you want to convince a person to accept ephemeral electronic records as a currency, you need a story for people to hold on to. You need heart. 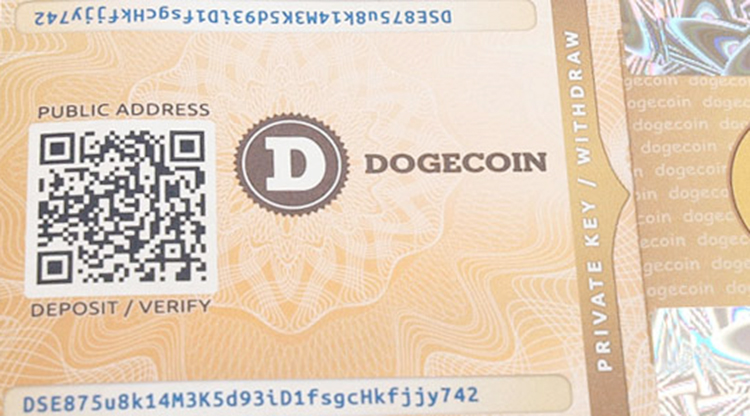 Dogecoin  is a cult, and that’s how it should be

Which brings us to Dogecoin. I can believe in Dogecoin because it gives me something to believe in. It’s a direct appeal to irrationality, a direct appeal to transcend the banal world of individual utility calculation and submit to something hilariously absurd. It is, above all, a cult, and that is infinitely more attractive than any cold appeal to robust design.

It is the peaceful, playful gaze of the Doge itself that is the mystical foundation of the currency. It doesn’t matter who invented it, because Dogecoin  is not experienced as a narcissistic project of a particular person, and it’s the symbol itself that is the leader. The Doge is a figure without ego, with cross-cultural, cross-gender, and yes, even cross-species appeal. We can all get something from the gaze of the Shibu.

This is reflected in the resultant community that has emerged around Dogecoin, people who refer to themselves as ‘shibes’ and give each other gifts of Doge. While the bitcoin subreddit has turned into a moshpit of aggressive trolling, Dogecoin  forums feel inclusive and accepting, cohering around a surreal world of esoteric slogans and acts of goodwill.

In closing then, a word on design. If there has ever been any clever design in Dogecoin, it’s been in the way the core members have focused on creating a culture from the bottom-up, rather than fetishising currency creation as a technical solution to be marketed from above. The Dogecoin  community has grown rapidly in response to community acts that establish a reason to believe in the currency, such as the sponsorship of underdogs like the Jamaican bobsleigh team, and oddball stunts like backing a Nascar racer. These are things you can sit in a pub and laugh about, outside conference halls, and that makes all the difference.

Brett Scott is a journalist, campaigner and the author of The Heretic’s Guide to Global Finance: Hacking the Future of Money (Pluto Press, 2013). 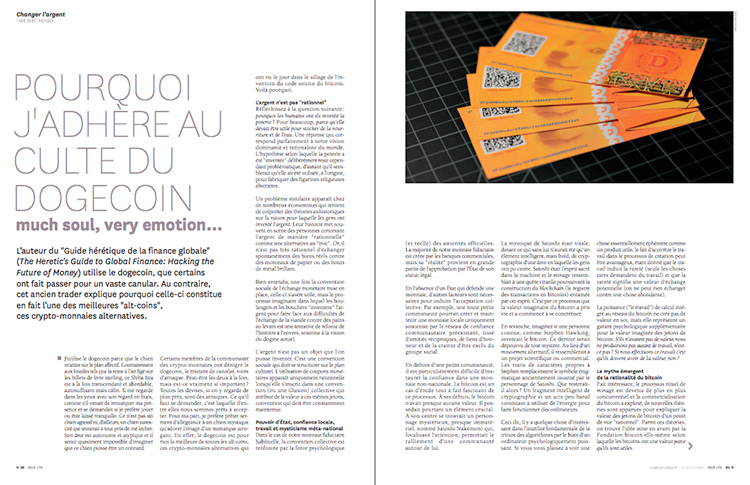