sew protective gowns for the frontline

Antonin Fournier explains how SimplonLab immediately took charge of the textiles order. “Baptiste Degrémont, textile designer in residence at SimplonLab, began working on prototypes of gowns to send to the hospital and have them validated for use. He and graphic designer Anouk Chambon made an assembly guide for the gowns to share with the network and meet the hospital’s needs. 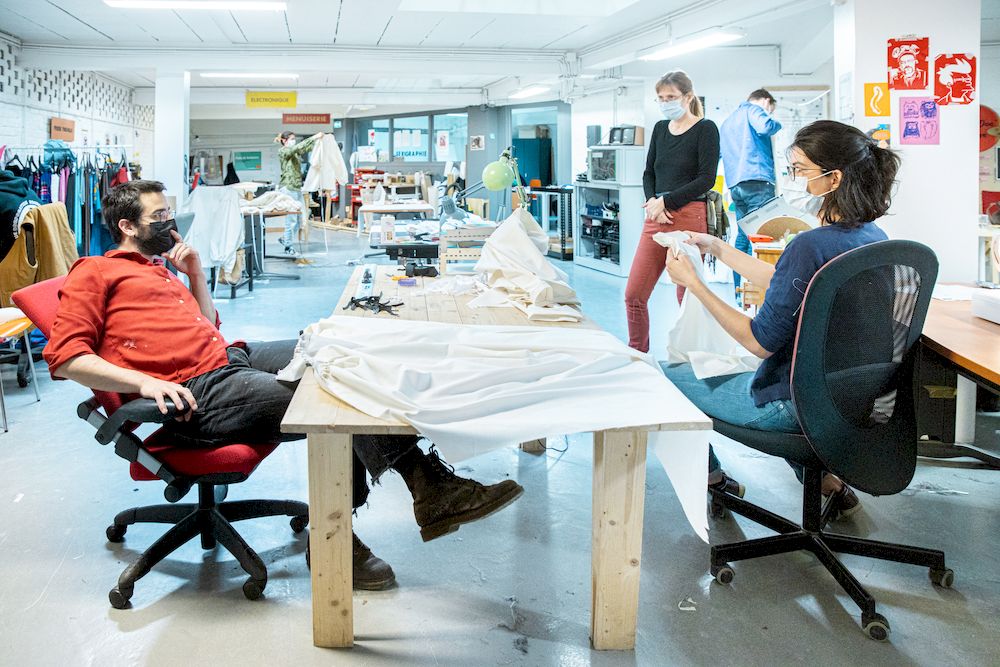 Then we worked with Virginie de Labarre (fabmanager of Villette Makerz), who sent out a call for volunteers and arranged to move machines from Villettes Makerz to SimplonLab, in order to transform the space into a small textile factory. Fashion schools Duperré, ESMOD and Condé relayed the call for volunteers to their students, who came to lend us a hand. Along with HomeMakers and Médiathèque Marguerite Duras, we began producing gowns, as well as preparing kits for people to sew them at home.” (Antonin Fournier) 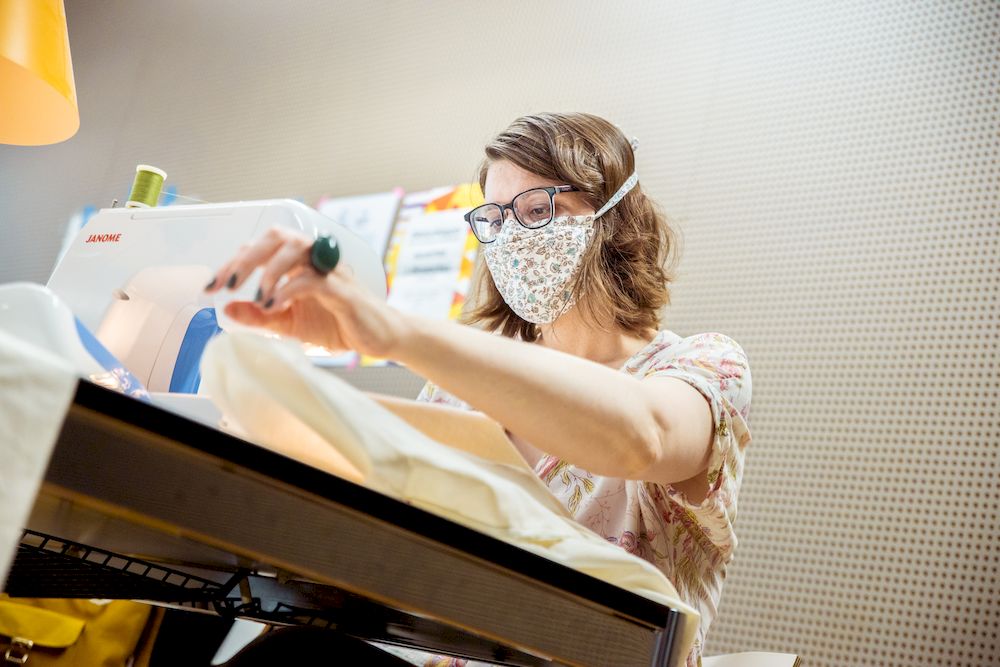 Under the impulse of Cyrille Jaouan—librarian by day, maker by night—Médiathèque Marguerite Duras mobilized within the first weeks of lockdown to 3D print Prusa face shields. He explains how the media library has since transformed into a micro-factory.

“Médiathèque Marguerite Duras passed a new milestone once we installed the temporary ‘Corolab’. Given the magnitude of the demand for protective gear, we needed to adapt. With a team of volunteers from Bibliothèques de Paris, we succeeded (poke Pascal Ferry) in collecting sewing machines and 3D printers from the network of Paris libraries (yes, there are sewing machines and 3D printers in the libraries). Our local municipality in the 20th arrondissement supported this action by providing equipment through a participatory budget. The team is already hard at work on the orders for gowns and visors. 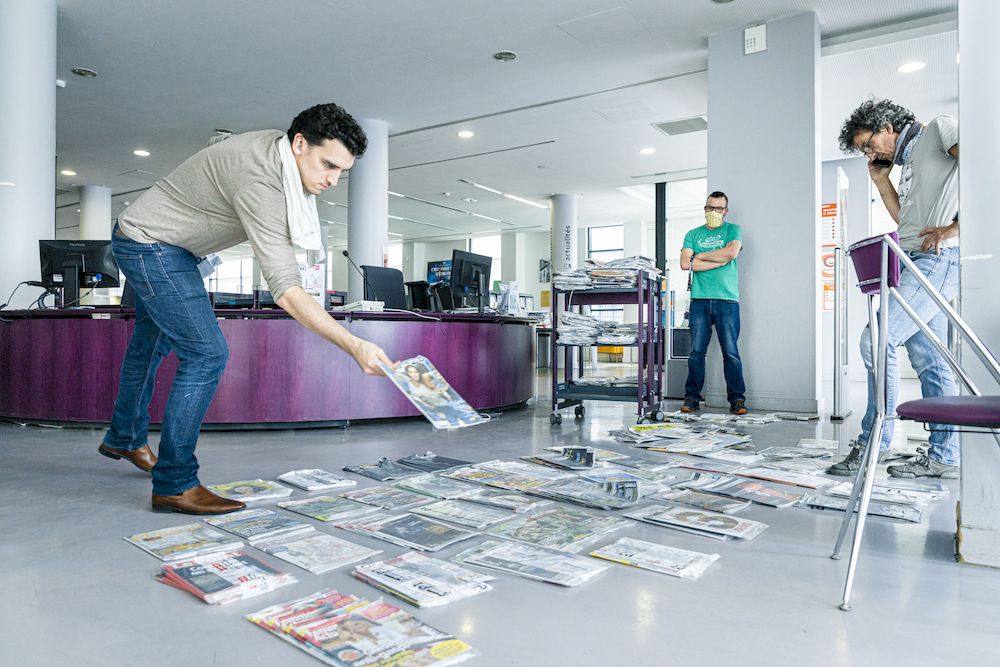 The Médiathèque is closed to the public, but the magazines will be forwarded—under protective plastic wrap—to Paris hospitals (Pompidou, Necker, Cochin, etc.) for their health care workers and patient. Photo: © Quentin Chevrier

“So Paris libraries were able to join the momentum of Paris makers driven by Fab City Grand Paris. Simplon Lab, our neighbor in the 20th arrondissement, provided documentation and fabrics, which enabled us librarians to work together to produce 40-50 medical gowns and 3D parts (face shields, visors, adapted door and elevator knobs).” (Cyrille Jaouan) 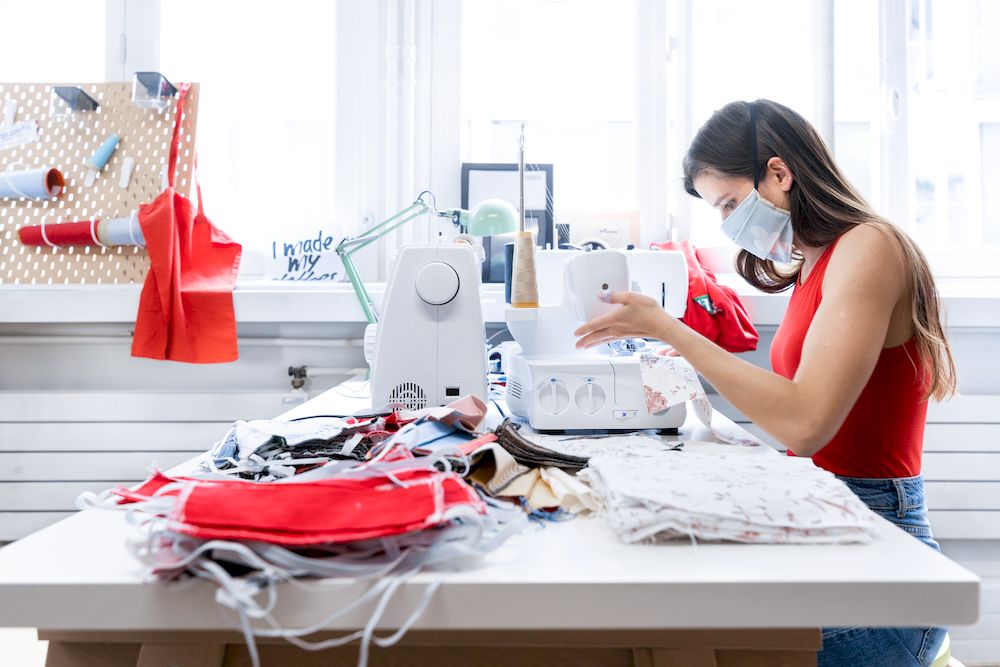 Julia Lim and Gilles Bessard du Parc, who manage the textile fablab HomeMakers in the 15th arrondissement, talk about how they got involved to produce face shields, masks and gowns.

“HomeMakers first mobilized to 3D-print face shields to help meet initial hospital needs, before turning to laser-cut shields and masks based on AFNOR’s model. Most recently, we contributed our expertise in textiles to respond to the urgent need for masks and gowns. The first production rounds of masks were distributed through a circuit of donations and pick ups. Since then, we’re in the process of being certified.”

“At HomeMakers, we began producing protective shirts and pants for health care workers 10 days ago. Given the increased sollicitations from hospitals, Covid-19 centers, nursing homes, and because textiles are in our DNA, we dedicated part of our production chain exclusively to protective medical garments.

Joining SimplonLab to meet GHU’s order, several more experienced volunteers [with guidance from fabmanager Gilles Bessard du Parc] are working on these pieces. At each phase, we optimize the sewing and assembly. Everything happens on site, with both industrial and home machines that allow us to centralize production and follow every detail of the assembly line.” (Julia Lim and Gilles Bessard du Parc) 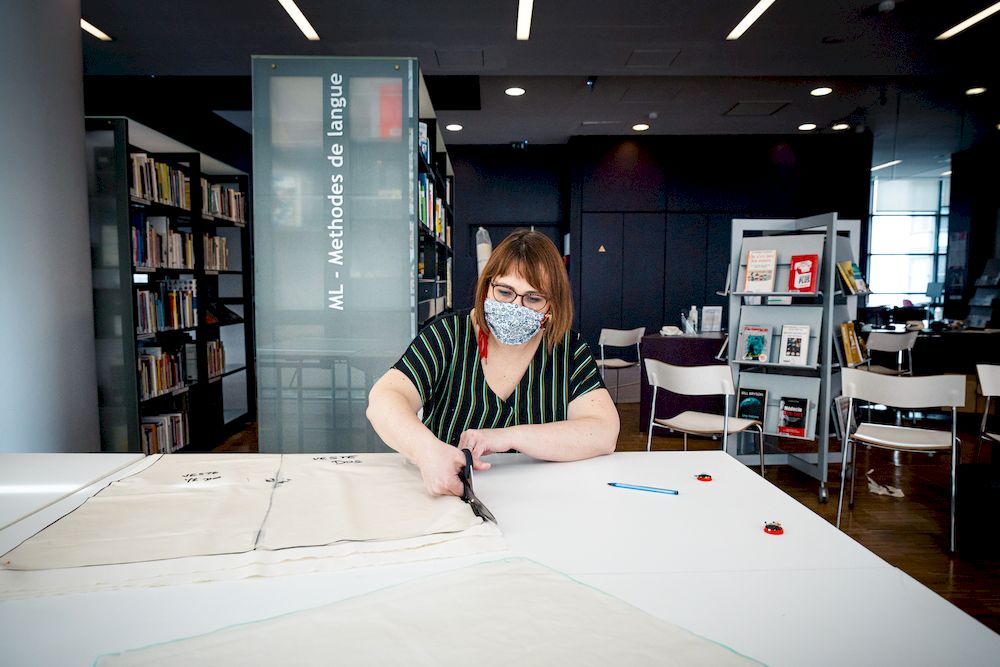 Stand for cutting gowns in the middle of Médiathèque Marguerite Duras. In normal times, these work tables are used by students and researchers to consult documents. Here, documentation on sewing techniques, standards and recommendations is collected and applied. The 2/F reading room serves as a sewing workshop. Photo: © Quentin Chevrier