Money distorts our perception of the world

Olga Kisseleva was born in the ex-Soviet Union, grew up during the effervescence of the perestroika and lives in Paris in the age of globalization. In her video and interactive installations, she often portrays the world subjugated to the value of money. She comments on three of her projects, among the most representative of her commitment to a certain economy of art, or rather, a certain art of economy. 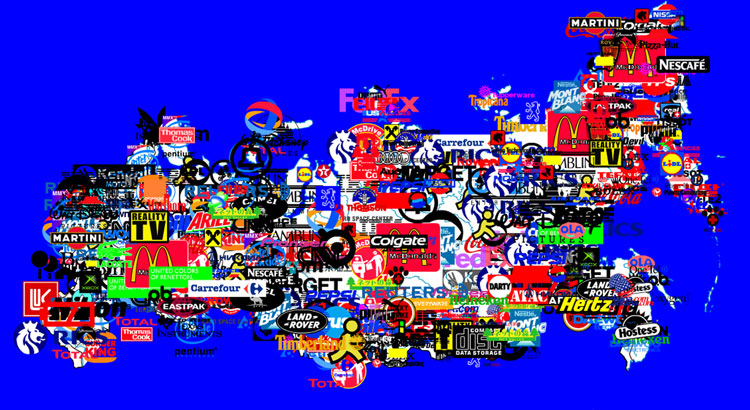 I grew up in a world where money had no importance. In the communist ideology, everybody earned the same amount. The highest salary, that of a minister, was 300 rubles, an engineer earned 150, a fresh graduate 70—a quarter of the minister’s wages. And however much money you had, there wasn’t much you could buy—housing, education, health coverage were all taken care of by the government, and the choices offered by the Soviet economy were so minimal that you just didn’t care.

Money was not interesting. It came about during the Perestroika, along with differences in lifestyles and behaviors, when some with alternative moral qualities turned out to be richer than others. Many Soviets have a problem with this notion. In response, I made Troll Mirror, a mirror with a money symbol in the center. I started with the dollar, then the yen, currently I’m doing the yuan. It’s a distorting funfair mirror, as money distorts our perception of the world.

I come from Saint Petersburg, and in Andersen’s tale Queen of Snow, the first story that my grandmother read to me, a troll showed the mirror to people so that they would see the world as the trolls did—ugly. One day, the heavy mirror shattered into a thousand pieces. The shards entered people’s hearts and made them mean. Then I understood why it made people insensible—they became addicted to money. Troll Mirror is an interpretation of the post-Soviet collective conscience, after this period when nobody was chasing money, when we were free from money. 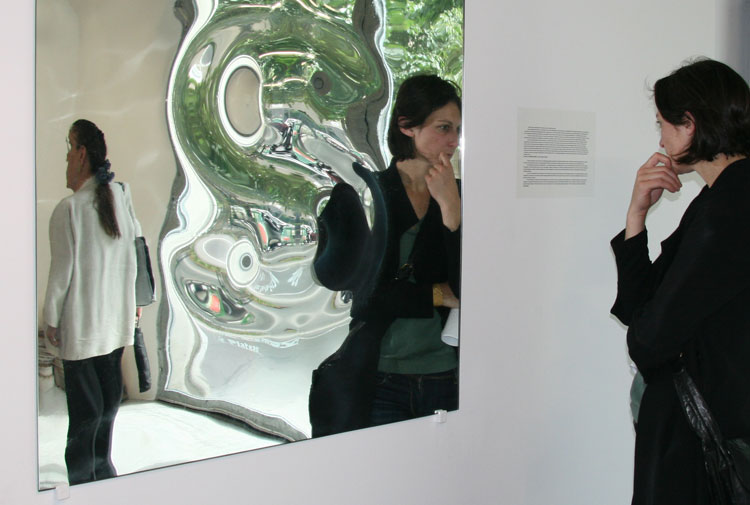 I started this global project with Russia, because it was in Russia that the effects of multinationals were discovered during the perestroika. In 1983, everything still belonged to the Russian government. Little by little, the territory began to be occupied by various multinationals, which settled in and appropriated the space. Today, or at least in 2007, when we finished the project with the researchers at the Sorbonne’s Economics Center, thousands of logos filled the entire space. The Russian version of Conquistadors is not a real-time program, unlike Arctic Conquistadors, which is linked to the ONG Barents Observer database, and so constantly updated.

I had also worked on France, for the Douce France exhibition at the Maubuisson Abbey in 2007, in a non-dynamic version. We can see that France always belongs to the same CAC40 and its 100 top companies. The size of the logos corresponds to the weight of the company (its presence in the French economy is measured by both its listing on the stock market and the gross domestic product that the company brings to the economy), but their position is not geographically accurate, as 80% of headquarters are located in the Paris region! In Russia, on the other hand, the same company can have several logos, a headquarters and multiple subsidiaries. 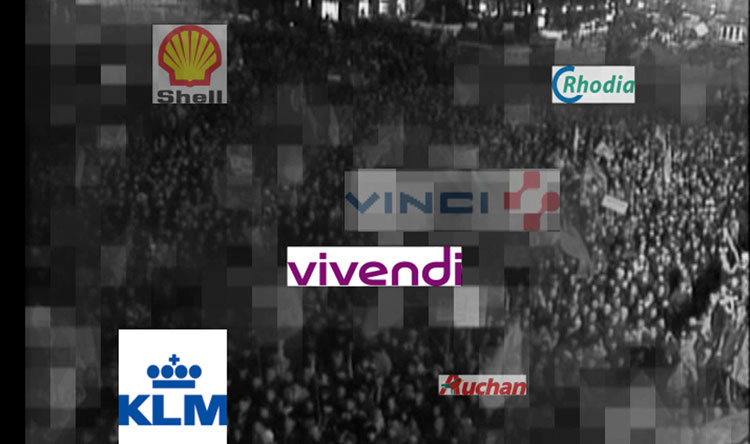 They have the same energy, the same postures, carrying unreadable flags and slogans. This series of 70 photos taken on four continents in about 20 countries gives the impression that they are from the same demonstration. There are two versions of this project: one photographic (2000-2014) and the other video (2005-2008). In both cases, nothing indicates the event’s geolocation. The image becomes black and white, so we don’t see the colors of the flags, all the slogans are pixelized like in the official language of censorship. So we get the impression that they are all protesting the same thing— Putin, occupation of Palestine, World Cup in Brazil…

(In)visible shows protestors who oppose the new “sharing” of the world, operated by multinationals, which have replaced the sharing of the world between capitalist and communist empires. Today, capitalist multinationals rule the world, with basically the same logos, just as powerful in France as in Russia or in the Arctic. Behind the political events, wars, social unrests of the moment are always the economic networks, with multinationals that provoke these events in order to push people and governments to follow their own interest. Regarding events in Ukraine, we see the few rivaling logos that are above the situation… 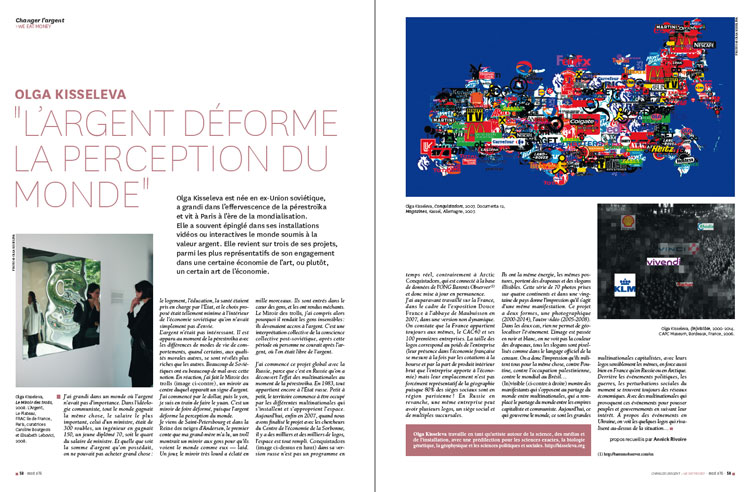